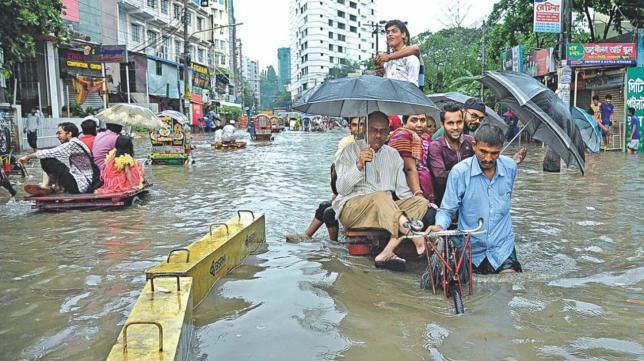 Bangladesh’s port city lying on the coastal belt, Chittagong is on the list of World Bank’s funding for cash-short cities with big plans for protection from damage of climate change.

The World Bank will provide $4.5 billion in loans and technical support to 150 developing-world cities, among which Chittagong is on a forerunner position, reports Reuters.

Over the next three years, the scheme aims to help the cities pull more capital from the private sector, to cover the costs of keeping their infrastructure and communities safe from wilder weather and rising seas.

“Investment in urban resilience not only avoids losses but it generates value and it catalyses growth,” said Marc Forni, lead disaster risk management specialist at the World Bank.

Predicted to be home to two-thirds of the world’s population by 2050, many cities are struggling to pay for measures needed to guard residents and property from threats such as floods, storms and heatwaves, while improving housing and reducing inequality.

Through the World Bank-led City Resilience Program, cities will be assisted to structure projects to make them more “bankable”. The goal is to attract capital from heavyweight investors like pension funds, and to form partnerships with international and local companies.

“What we see is an issue on the supply side of investments rather than the demand side,” Forni told the Thomson Reuters Foundation.

The first set of cities to take part includes Chittagong, Manaus in Brazil, Accra and Istanbul.

Other elements of the partnership, launched at this week’s “One Planet” summit in Paris, deal with monetising increases in land values and finding ways for cities to better use credit.

“The fight against climate change is being led by cities and communities and it’s essential they have the funds to continue it,” Michael Bloomberg, former New York City mayor and co-chair of the Global Covenant of Mayors for Climate and Energy, said in a statement.

More than 7,400 cities in about 120 countries have joined the Global Covenant of Mayors, formed last year for cities to exchange information on developing clean energy and making ground-level changes to slow global warming.

In the United States, hundreds of cities have pledged to work with states and businesses towards achieving the Paris Agreement goals to curb climate change, sidestepping President Donald Trump’s decision to pull the country out of the pact.