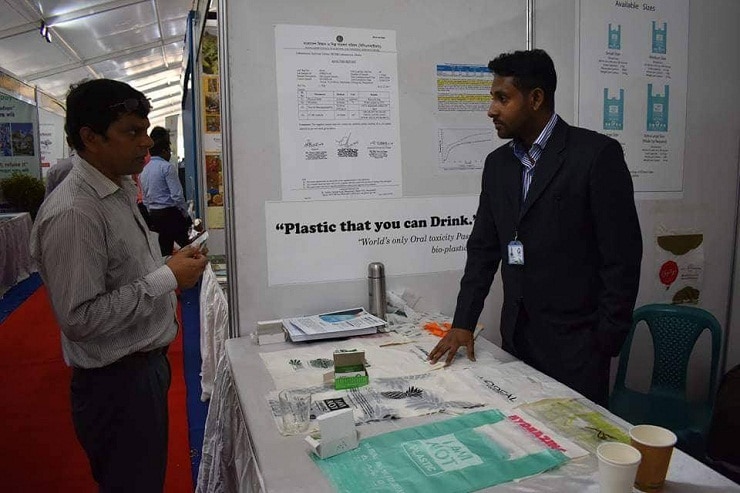 A private company has introduced biodegradable and eco-friendly poly bag, cup, straw, food box and other products in local market at a time when the plastic bag problem looms larger every day.

The newly launched poly bag looks like plastic bags, but those are made from biodegradable materials like natural cassava starch that breaks down over a period of months on land or at sea. This material dissolves instantly in hot water.

Ecospear, a local company, is producing the products in Bangladesh as a substitute of polythene bag and plastic, which is harmful to the environment and human health.

Ecospear CEO Mohammad Raihan told the daily sun that their poly bags are non-toxic and don’t cause any environmental or health hazards.

“The 30-micron bags take less than 90 days while the 55-micron bags take 147 days to completely biodegrade naturally once discarded,” he said, adding that the users can throw them away without worrying about harming the environment.

The company got the biodegradable test result from Bangladesh Council of Scientific and Industrial Research (BCSIR) on March 2018, said Raihan, adding that they started production of the polyethene from its Chattogram factory and launched a new factory in Ashulia.

He said their products passed the oral toxicity from the Netherlands and organic waste systems (OWS) certificate from Belgium.

The ‘eco-cup’ manufactured by Ecospear is made from paper and the coating of the cup is made from corn starch instead of PE or wax coating which is harmful to human health, Raihan said, adding that they are also producing straw with the same material.

“Our food box is made of sugarcane straw instead of styrofoam which is made from polystyrene, a petroleum-based plastic,” he said.

Food stored in styrofoam containers can be contaminated by chemicals that leach into the food, affecting human health and the reproductive systems.

The Ecospear CEO said they will set up a factory in Rajshahi to produce the products with the raw materials produced in Rajshahi Sugar Mill.

The company will also produce biodegradable raincoat, garbage bag, apron and other materials soon, he said.

The company has got a huge response from visitors at the recent National Environment Fair 2018. Anyone can learn more about the products at www.ecospearbd.com.

The government in 2002 banned the production, marketing, sales, display, storing, distribution, transportation and use of polythene of less than 55-micron thickness for business purposes.

But polythene bags staged a big comeback in the country due to lax monitoring.

In Bangladesh, the urban waste generation from plastic is approximately 2,500 tonnes per day.

100% Biodegradable Paper Cups – PLA vs PE – What’s in This Sudden Shift of Focus to PLA?