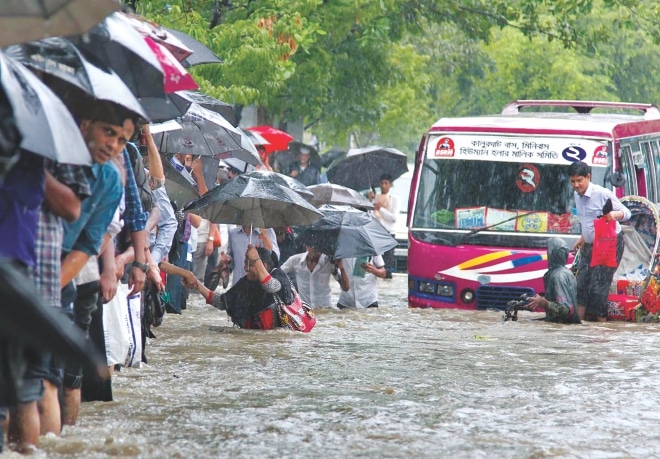 Around 149mm of rain was recorded in the capital, Dhaka, in 24 hours till 9:00am this morning, according to a Met office report published on their website.

The rain water has caused traffic congestion on most of the roads in the Dhaka city.

Due to unending torrential rains, hundreds of commuters, especially office goers are gathering terrible experience in reaching their destinations this morning while, in some of the areas, vehicles were seen stranded for hours in unprecedented traffic congestion.

The rain that started on Thursday will continue to fall throughout the day today and will likely ease from tomorrow, according to Bangladesh Meteorological Department.