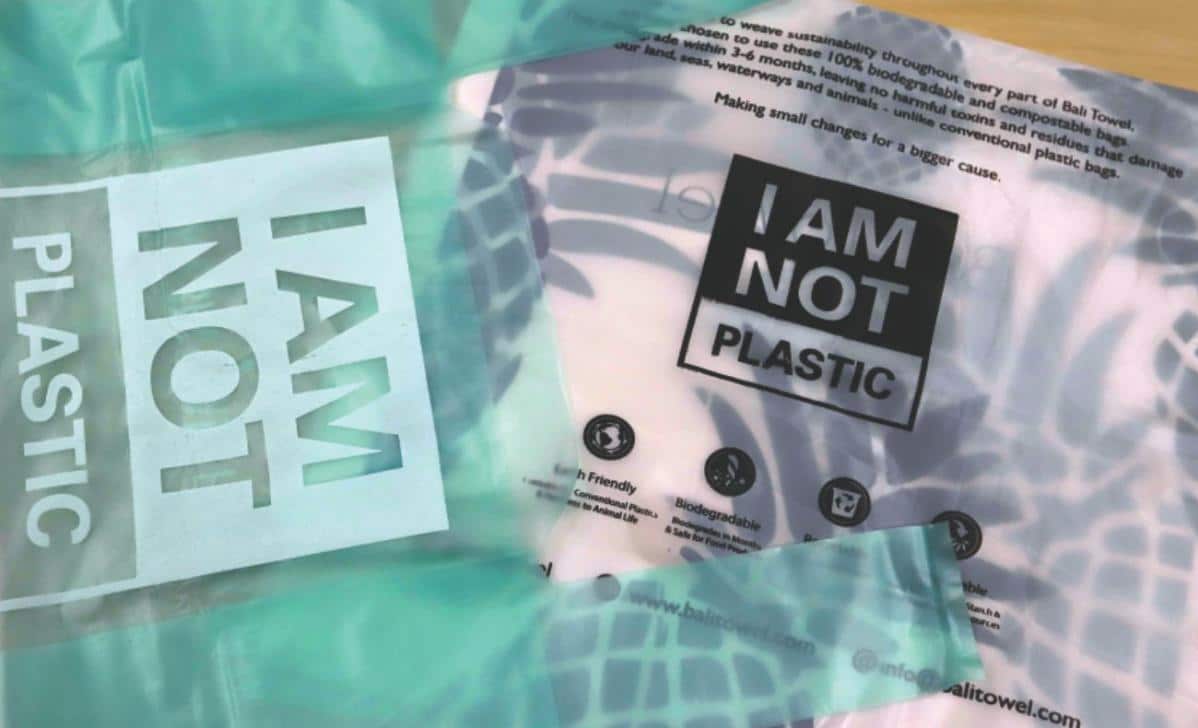 They look and weigh like poly bags, but they are not made of polythene. They are in fact 100 percent organic bags made from roots of cassava, a native South American plant with potato-like roots.

An initiative of a Chittagong-based young entrepreneur, the biodegradable shopping bags dissolve in land or water. In warm water, the material dissolves instantly.

After about two years’ of trial run, small-scale production and limited export to European fashion brands, the bags are now set to hit the local market in June, said Md Raihan, founder and CEO of Ecospear Ltd.

“Our bags are totally non-toxic and don’t cause the environment any harm. No matter how long they take or how irresponsibly they are disposed of, one thing is absolutely certain: they will biodegrade,” said Raihan, 36.

Depending on their size and thickness, the bags will cost between Tk 5 and 25 each and can be used for about a month, he added. The cost will drastically fall if the government slashed the import duty on cassava starch, which is 31 percent now.

Currently, production is going on in full swing in Ecospear’s first plant at Halishahar in Chattogram. Its second plant, opened recently in Ashulia in Dhaka, is expected to start production soon. Together, the two units can make some 34 lakh bags per month.

“Already, we have received orders for 62 lakh bags from home and abroad,” said Raihan, adding that most orders come from local fashion houses.

Raihan, who graduated from the North South University, launched the project in 2017, a year after he returned form the UAE where he worked in the HR department of a telecom company for about six years.

His current market includes the UK and France. Buyers form Sweden and Spain have also shown interest to buy the bags in bulks.

The bags come in two varieties: 30-micron, which takes less than 90 days to completely degrade after being discarded, and 55-micron, which is a little heavier and takes 147 days to degrade, Raihan said.

The food containers are made of sugarcane instead of the non-biodegradable Styrofoam, another hazardous element for health.

In comparison, all Ecospear products use food-grade colour and have passed the biodegradability test of the Bangladesh Council of Scientific and Industrial Research (BCSIR) in July last year and the stringent oral toxicity tests from Netherlands, said Raihan.

The bags also have an Organic Waste Systems (OWS) certification from Belgium.

Quazi Sarwar Imtiaz Hashmi, additional director general of the Department of Environment, said, “The quality of the bags is good and natural. We have already asked the BSTI to promote the bags in the local market. We have also talked with chain shops about the use of these bags.”

Environmentalists say these bags can be a perfect alternative for polythene bags, which was banned in Bangladesh in 2002 but is still widely used.

Every day, about 2 crore polybags are used in Dhaka city alone, according to Poribesh Bachao Andolon (POBA).

Despite various efforts by the government to encourage use of organic, biodegradable packaging such as jute bags, the use of polythene bags keeps on rising.

Superstores and kitchen-market grocers do not like jute bags because they are expensive. They are way thicker and heavier than artificial packaging and are hard to store.

Most polythene packaging, which are of course made entirely of artificial materials, are cheap and light.

But in Bangladesh, most consumers throw them away after use. The polythene bags eventually end up in the garbage disposal grounds, polluting the earth and rivers.

The nonbiodegradable bags could take a few hundred years to degrade, according to experts. They remain in nature like a hostile alien, clog sewers, prevent air from entering into and minerals to pass through soil and water.

Asked about the initiative, prominent environmentalist Shahriar Hossain said, “After they are degraded, the materials will turn into micro plastic. The main concern is what happens to those micro plastics.”

This is why more tests are needed to be done before marketing them, said Shahriar, also secretary general of Environment and Social Development Organisation, which led the campaign to ban polythene in Bangladesh.