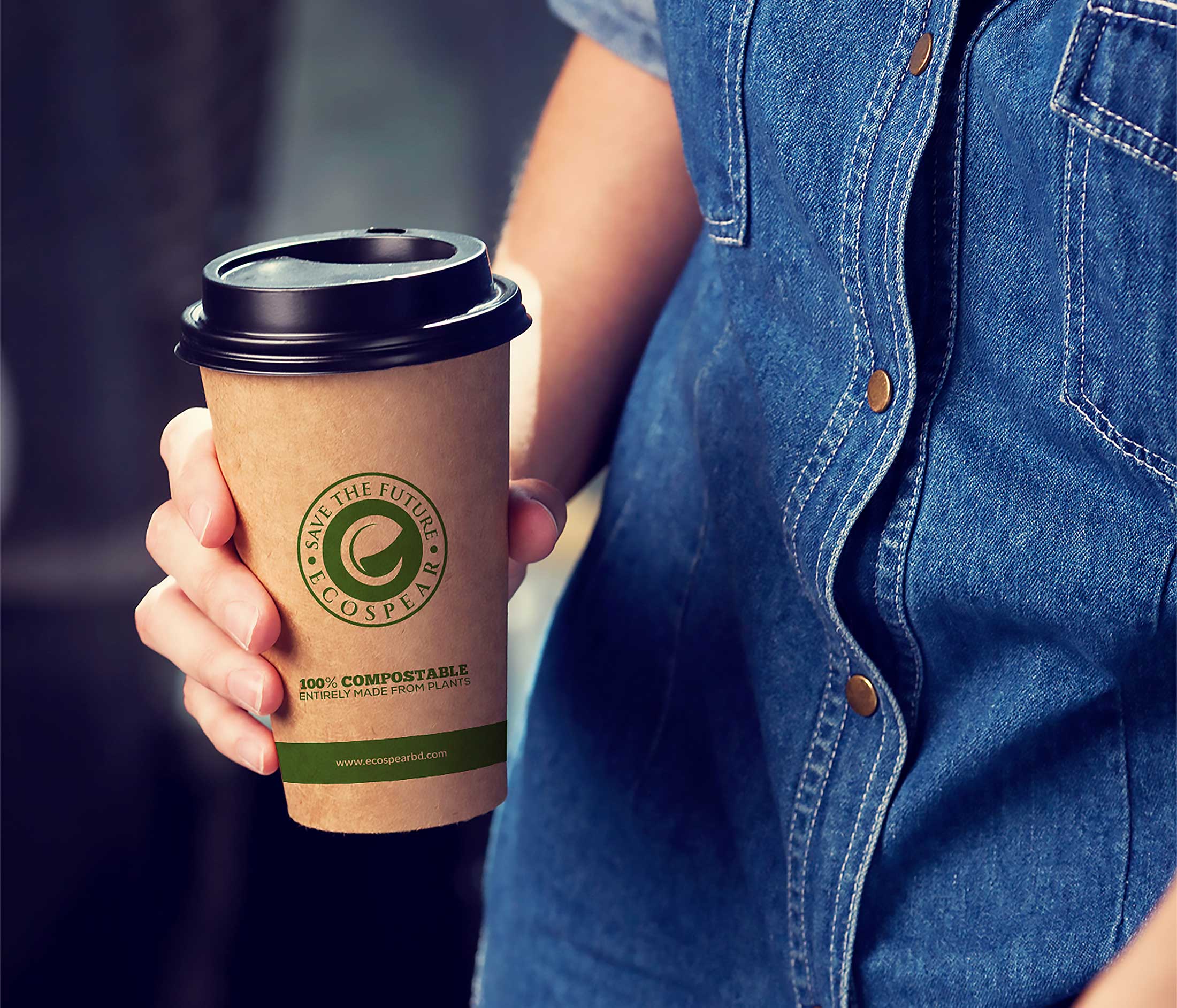 Biodegradable Paper Cups * or Recyclable Paper Cups? Why 100% Biodegradable is so important when paper cups can be successfully recycled? Is the PLA ( Poly Lactic Acid extracted from renewable resources like Corn Starch ) extrusion coated a red herring of the coffee and coffee cup industry? Intended to shift focus from the lack of commitment on the part of the big players to something that is not yet a stable solution.

We discussed “Why Some Coffee Giants Don’t Recycle Their Paper Cups” with Leslie Carr of Scyphus in an earlier interview.

Ever wondered why the paper cup holding your delicious beverage isn’t leaking all over your hands? Or whether your cup is coated in PE plastic or PLA? Probably not.

But if people have any concern for the earth – or the future generations that’ll inherit it – they need to sit down and have a good think about what paper cups are made of. Steve, explains why it’s all in the coating.

Q. What is PE and PLA and how are they different?
Steve: PE stands for polyethylene. It’s the type of plastic most commonly used around the world for plastic bags, packaging, and containers.  It’s also used as a coating on paper cups to make them strong and waterproof.
PLA, on the other hand, is made from plant-based materials such as corn starch or sugar cane. It’s known as a bioplastic because these materials are renewable resources.

The thing with PE is that it’s petroleum-based, which can affect how long it takes for the cup to break down. PE-lined cups can still be recycled, but they have to go through a recycling process separate to other recyclables.

PLA, on the other hand, is totally biodegradable and can be composted. PLA breaks down naturally when it’s exposed to the environment, and it doesn’t leave any toxic residues.

Q. Why is plastic used as a coating on paper cups?
Steve: A paper cup needs to be waterproof, obviously, or it wouldn’t handle what’s poured into it! The first paper cups were made waterproof using a thin coating of clay, but as you can imagine, this made the drink taste pretty nasty! Wax was also used for a while, then somebody invented PE. PE was a magic solution because it made the cups strong and waterproof, and it had no impact on the taste.

Q. How did PLA come about?
PLA was invented way back in the 1920s, but at the time it was too costly to use commercially. Then in 1989, someone discovered that PLA could be made from corn starch. This was a big deal because it meant there was now an environmentally-friendly bioplastic that was both affordable and cost-efficient.

Q. When did your company start producing PLA-coated cups and why?
Branded Paper Cups started manufacturing with PLA in early 2015 after numerous customer requests. As any business knows, the customer is always right!  People wanted a bioplastic that was fully compostable, and PLA was the perfect solution. We launched our website Bio Paper Cups in 2016.

Q.  So, does PLA work as well as PE?
That’s a question we get asked a lot! PLA has improved markedly since it was first invented. Because it’s made from plant-based material rather than plastic, people are sometimes unsure whether PLA is as strong and heat-resistant as PE. The answer is yes, it is – PLA is capable of handling everything that PE can handle. At the moment, the demand for PE is still greater than PLA, but we believe that’s because people aren’t fully aware of the benefits of PLA yet.

Q. What are the advantages of PLA?
There are so many. The biggest one is that PLA-lined cups can go straight into the composting bin, whereas other paper cups have to go through a separate recycling process. Then there’s the fact that PLA comes from renewable resources, which reduces landfill. We all know how important that is these days. Another big one is that PLA can be manufactured using the same equipment used for making other plastics, so it’s just as cost-efficient to produce.

Q.  What is the general opinion of PLA?
We’ve found that once people understand how good PLA is, they’re pretty much sold on it. One of our customers, Naked Juice, chose to use our PLA-lined cups for one of their events. They needed cups that could go straight into the composting bin, which is exactly what PLA cups do. We had some great feedback from that one. We’re also seeing lots of smaller café owners shifting to PLA cups, which is fantastic. These guys have seen the advantages in using 100% biodegradable cups and many of them use it as a marketing tool. The idea that your takeaway coffee is in a fully-compostable and biodegrable cup is a bit of a selling point!

Q. Is PE bad then?
Not at all. It’s just that PE can slow down the biodegradability of the paper cup. We prefer PLA because it does everything that PE does, but the recycling process is just that much simpler.

Q. What do people need to know about the coating on paper cups?
Because all paper cups can be recycled regardless of whether they’re lined with PE or PLA, most people don’t really even think about what their paper cup is lined with. But we’re at a point where the planet needs all the help it can get. If we can speed up the recycling process by using fully-compostable cups, that’s surely a good thing!  It’s important to think more about the sustainability of resources as well.

Q. What’s your forecast for the future of PLA-lined paper cups?
Our big dream, of course, is to have the giants of the coffee world like Starbucks and Costa follow the lead of smaller café owners and take on PLA cups as well. It’s great that Starbucks and Costa use paper cups instead of plastic, of course, but PLA cups would make the recycling process even faster!  We believe in sustainability, so we’ll keep pushing for PLA. In the meantime, anything that cuts down the recycling process is good, so our focus is to make that process as simple as possible. We’ve been talking with town councils and recycling companies about collaborating on special bins for paper cups, which could be picked up by our own recycling company. This would reduce contamination and landfill. Ultimately, a paper cup should be both disposable and biodegradable. We need to think about future generations and how our current waste production is going to affect them. Every change we make now will help!